The Purveyors of Uptime

The leadership at Archrock drives to one operational purpose: service the customer safely and well. We invite you to meet our executive team who are ready to champion your company mission, align with your business goals, and rally our entire team behind you and your operation, so that you know when the pressure is on, we will be there. Committed to working alongside you and your team, we'll help you keep your business moving forward.

Our time is your uptime. 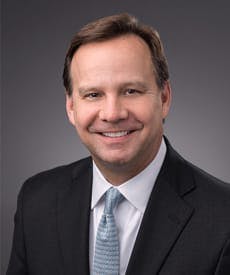 Mr. Childers has served as our President and Chief Executive Officer since December 2011, after serving as our Interim President and Chief Executive Officer since November 2011. He also served as President, Chief Executive Officer and Chairman of the Board of Archrock GP LLC, the managing general partner of Archrock Partners, L.P., a master limited partnership in which we owned an equity interest (the “Partnership”) from November 2011 until the Partnership’s merger into a wholly-owned subsidiary of Archrock, Inc. in April 2018. Mr. Childers served as our Senior Vice President from August 2007 through November 2011. He served as an officer, including as President, North America of Exterran Energy Solutions, L.P., a predecessor subsidiary, from March 2008 through November 2011, and as Senior Vice President of the Partnership from June 2006 through November 2011. Mr. Childers joined Universal Compression Holdings, Inc., a predecessor company, in 2002 and served in a number of management positions, including as Senior Vice President and as President of the International Division of Universal Compression, Inc. (Universal’s wholly owned subsidiary). He held various positions with Occidental Petroleum Corporation (an international oil and gas exploration and production company) and its subsidiaries from 1994 to 2002. He also serves as an officer of certain other Archrock subsidiaries. Mr. Childers holds a B.A. from Claremont McKenna College and a J.D. from the University of Southern California. 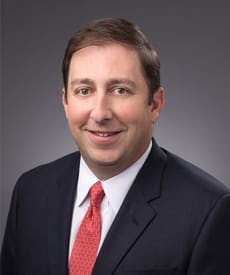 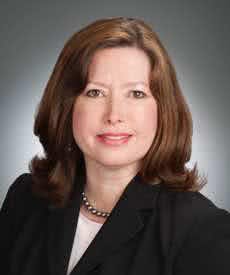 Stephanie Hildebrandt has served as our Senior Vice President, General Counsel and Secretary since August 2017. Ms. Hildebrandt was a partner of global law firm Norton Rose Fulbright from February 2015 to July 2017. She previously served as the Senior Vice President, General Counsel and Secretary of Enterprise Products Partners L.P. (“Enterprise”, a publicly traded pipeline and infrastructure company and consumer energy service provider) from May 2010 to December 2014 and held various other roles at Enterprise, including Vice President, Deputy General Counsel and Assistant Secretary from 2004 to May 2010. Ms. Hildebrandt has served as a director of Archrock GP LLC since September 2017; as a member of the advisory council of the Kay Bailey Hutchison Center for Energy, Law & Business at the University of Texas since 2014; and as a member of the University of St. Thomas President's Advisory Board since 2016. She previously served as director of WildHorse Resource Development Corporation (an independent oil and natural gas resource company) from December 2017 until it was acquired in February 2019; director of Rice Midstream Management LLC, the general partner of Rice Midstream Partners LP (owner and operator of midstream natural gas assets in the Appalachian Basin) from March 2016 until it was acquired in July 2018; and director of TRC Companies, Inc. from December 2014 until it was acquired in June 2017. Ms. Hildebrandt also serves as an officer and director of certain other Archrock subsidiaries. Ms. Hildebrandt earned a B.S. in Foreign Service from Georgetown University and a J.D. from Tulane University Law School. 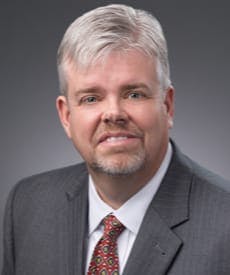 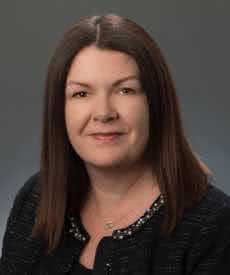 Elspeth Inglis has served as our Senior Vice President Human Resources and Chief Human Resources Officer since October 2019. Ms. Inglis served as Vice President, Culture Integration at Baker Hughes during the merger with GE Oil and Gas. From 2013 to 2017, she served at GE Oil and Gas as Head of Human Resources, Downstream Technology Services, a global manufacturing business. Previously, Ms. Inglis worked for Reliance Industries from 2011 to 2013 as Vice President, Human Resources supporting the startup operations for their US unconventional shale gas business. She served in a number of positions from 2002 to 2009 at CGG, the industry’s largest pure play geophysical services company, including Marine HR Manager, VP HR Western Hemisphere in Houston and SVP Geophysical Services based in Paris. From 1987 to 2001 Ms. Inglis has held in a number of positions of increasing responsibility at Enron, Total and Corporation of London. She serves on the Human Resource Committee of Catholic Charities Board and is an Advisory Board Member of Workforce Next. Ms. Inglis received her HR and Management education from Rice University and Henley Business Management School in the UK. She is certified as a Senior Practitioner of Human Resources (SPHR) and a graduate member of the Institute of Personnel Development (UK). 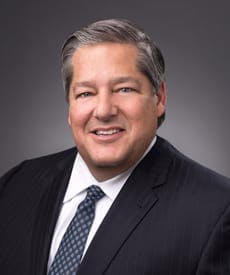 Eric Thode has served as Senior Vice President, Operations since February 2020. Mr. Thode previously served as Vice President, Operations from October 2018 and as Vice President of the South Texas Business Unit prior to this. He was the Director of the South Texas Business Unit from December 2014 to July 2018 and the Director of the Barnett Business Unit from June 2012 to December 2014 of Archrock Services, L.P., our wholly-owned operating subsidiary. Mr. Thode also previously served as Director, Business Development, negotiating alliance contracts that generated over $100 million in annual revenue. He has worked with us and our predecessor subsidiaries, Exterran Energy Services, L.P. and Universal Compression, Inc., since 2004. Prior to joining us, Mr. Thode worked at Enron Corporation as Director, Public Relations from 1999 to 2004 and at TEPPCO Partners as Manager, Government and Public Affairs from 1991 to 1999. He holds a B.S. in Economics and a Master of Public Administration from Texas A&M University.